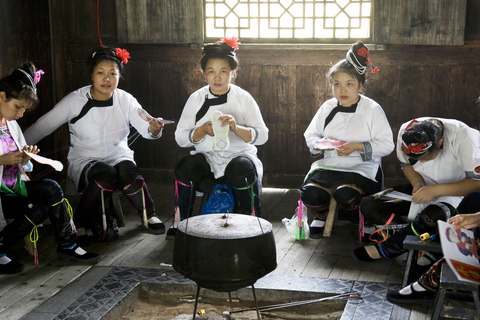 Before the Industrial Revolution, knitting schools used to be very common. Since this craft was a way to both make money and make garments for yourself and your family, children needed to learn this craft early on in order to become proficient at it. Since machine knitting was invented, knitting in schools slowly became less and less common, until most children didn’t know how to knit at all. While knitting is still a craft enjoyed by many, it is now more of a creative outlet than a means of earning money. However, given the recent worldwide economic problems, perhaps we should consider going back to the time of knitting schools and teaching children this art form so they can earn money knitting!

Benefits of Knitting in Schools

Although knitting is now used simply as a creative hobby, there are many benefits to knitting schools for children. Even simply teaching knitting in the classroom could prove to be in the children’s best interests.

In fact, one school in Britain has recently brought the knitting needles back into the classroom as a way to bring back knitting. While it was a surprising move at first, many teachers have noticed a marked improvement in socialization, attention span, fine motor skills, writing skills, and overall behavior. What started out as a simple lunchtime knitting club for students grew to become a useful tool for teachers of all subjects! 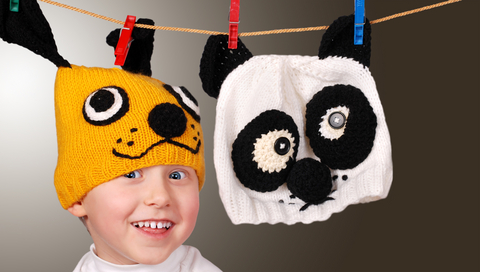 The school in Britain isn’t the only school bringing back a focus on knitting. In fact, many private Waldorf schools begin focusing on knitting before the children even learn to read! In their opinion, the acts of knitting, figuring out a pattern, and using their imaginations to problem solve and create something useful is more important than learning to read. Learning to knit brings out a story and comprehension in young minds, which many feel is an important part of learning to read. These young school children in Kindergarten and first grade may not be reading yet, but they can tell a story and use their imaginations better than most children their age. In fact, many of these so-called knitting schools even develop rhymes that help children focus on what their hands are doing as they form a stitch.

“In the front door, around the back, peek through the window, and out jumps Jack!”

Not only does this rhyme help the memories of young children, but also it helps them form a mental picture in their minds of what is going on in the story. Teachers in these schools say that while these students may not learn to read until the second grade, they usually pick it up at lightning speed since their comprehension and imagination are so far advanced.

Why Knitting Schools Should Make a Comeback 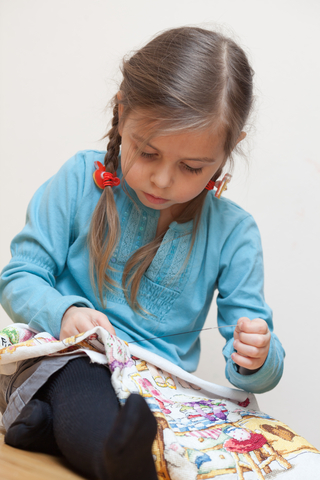 There are many reasons why knitting schools should make a comeback. Not only would the craft help many in these hard times, but it could also teach a new generation how to work for what they get. Once you can see the hard work and imagination that goes into a piece of knitwear, you learn to cherish it and keep it, rather than throwing it away or boxing it up once you’ve outgrown it. This mindset could be very beneficial with young adults and teens, as this is the generation of always needing something new.

With young children, knitting can help in so many ways. Some of the biggest ways it can help include:

• Improving fine motor skills such as writing, cutting, buttoning, and drawing,
• Helping a child’s attention span, and concentration,
• Improving communication skills due to the fact that they can’t play on a computer or phone while knitting,
• Focusing on imagination, comprehension, and critical thinking in order to help with problem solving and reading.

If you have a child in school, you can easily see why re-introducing this age-old craft could be beneficial at any age. By bringing back knitting schools, we can teach our children in a whole new way while enjoying a craft together. If your child’s school will not consider the idea of a knitting club or knitting class in school, perhaps look into teaching them on your own. While it may not spread to public schools without a fight, many private schools around the world have begun to revert back to the knitting school mindset and begin teaching children through knitting again.