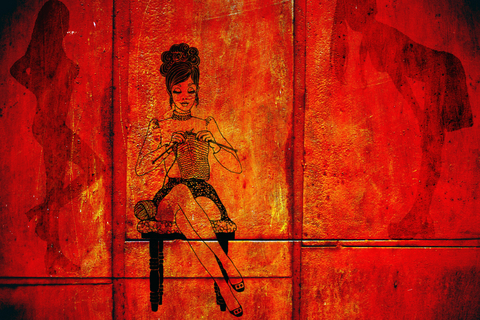 The knitting history is one that is full of speculation and debate. Due to the fact that knitting is created out of silk, cotton, or other fibers that deteriorate over time, it is very hard to find really old dateable pieces of knitting. This makes it very hard to discover just how long knitting has been around. However, archaeologists have studied what evidence can be found and come to the conclusion that knitting has been around for a least 1,200 years, if not longer. From the very first pieces of knitting found, the art form has changed very little. The only real notable differences are how it is used. Let’s go back to the very beginning.

The first dateable pieces of knitting were found in Egypt, and date back to only 1000 C.E. They are “Coptic socks,” all made in shades of white and indigo with decorative Arabic scripts knitted into them. Considering the attention to detail and the clear skill that has gone into the socks that have been found, it is safe to assume that these are not, in fact, the very first knit pieces. Scientists believe that knitting must have been around for a few hundred years before this, in order to have time for the skill to be developed to this level and passed down through a few generations. 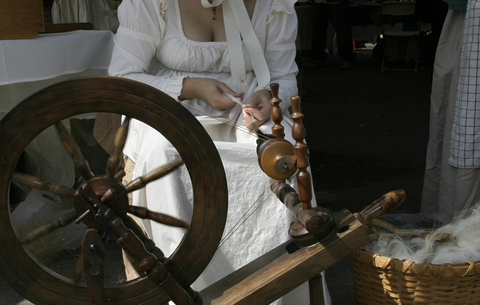 While there is much debate about where exactly knitting began, there is a lot of evidence that it started somewhere in the Middle East before working it’s way through Spain and then the rest of Europe. Some of the evidence to support this includes:

Based on the culture of the time, knitting most likely spread through trade routes. After the socks found in Egypt, there was a knit pillow found in Spain, followed by a pair of liturgical gloves found in Germany. Paintings of “knitting madonnas” also began appearing in the 1350’s, beginning in Italy and working their way through Europe.

During this time, knitting was still considered a luxury item only for the wealthy. Knit pieces were created using imported silks and cottons, and most commonly used for non-essential items such as pillows or bags.

It was not until sometime in the 1500’s that knitting was used for more useful items such as knit jackets, socks, or undershirts. It was still only used by the wealthy though, but had become so popular that nearly everyone with wealth had at least one knit piece in his or her wardrobe.

Throughout knitting history, knitting was considered only a luxury item for the wealthiest people for hundreds of years, but its popularity prompted the appearance of cottage industries all over Europe by around 1424. These industries taught the common man to knit, which brought the price down and widened the uses for knitting. You could now buy knit hats and other commonly used knit goods, like the “acorn hat” which was knit from felted wool and became the first commonly available knit item.

Now that the common man had learned to knit, the skill spread much more rapidly than before, and the inevitable happened. People began knitting for themselves. However, most knitting was still very practical and basic until the Victorian era, when knitting became more of a parlor art. This is when you can start to see fine lacework used in bags and baby clothes. Most likely, this is also when beadwork was introduced into knitting as well.

Finally, in the early 1900’s, knitting as we know it was introduced in Europe in the form of sportswear. During this time, the Prince of Whales began wearing the popular Fair Isle sweaters to golf in, and the first mass-produced knit sweater was available for sale designed by the famous Parisian designer Elsa Schiaparelli.

So, next time you are knitting yourself a pair of socks or a sweater, you can think back to how it all began. Thankfully knitting is such a simple and versatile craft; otherwise it may not have become so common and remained so popular throughout the years. Knitting history goes back over a thousand years, and has remained mostly unchanged other than a few new techniques.